Climate Crisis is Breaking the Back of South Asian Countries

Climate Crisis, What Is That?

We are living on a burning planet, which is persistently dealing with sustainability challenges like poverty, gender inequality, biodiversity loss, and so on. Recently, the term ‘climate crisis’ was brought into play, as climate change had the potential to be perceived as an event likely in the future. The Intergovernmental Panel for Climate Change (IPCC) special report on Global warming of 1.5 C (SR15) has mentioned that in 2018, the carbon dioxide emission level has reached 410 parts per million (ppm) for the first time in 3 million years. According to the same report, the anthropogenic CO2 emissions should decline upto 25% by 2030 from the 2010 levels and should decline by 100% by 2050, to prevent an overshoot of global average temperature to well below 20C. However, consequent to these significant findings, the urgency to address the crashing of climate was lacking both in policy and public commitment. This article draws local and national level solutions and recommends crucial actions that should be achieved through governmental and individual efforts to overcome the vulnerability of South Asian countries due to rising threats of the climate crisis. 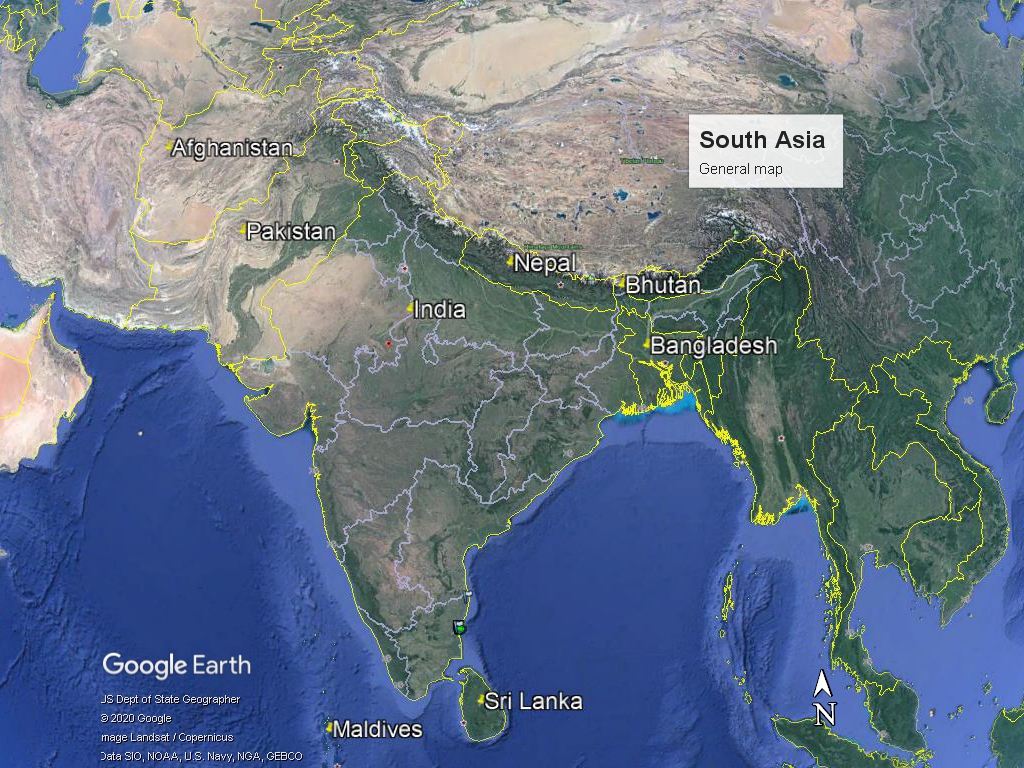 Why is climate change more damaging to low income countries?

According to  the World Bank Report, 2018, 50% of the population in South Asia  will reside in areas that are projected as moderate to severe hotspots for climate-related disasters by 2050. These areas are particularly threatened under the carbon intensive scenario. According to the South Asia Subregional Report, 2012, low economic growth can reduce the ecological degradation, however, it would weaken the mitigation efforts of society. A study has suggested that South Asian Countries need to update their National Environmental Policies (NEP) that have existed since the 1990s and should frame collaborative local and national policies to address environment-related issues, as the frequency of natural disasters and their impacts are constantly on the rise. The United Nations Office for Disaster Risk Reduction Report, 2019 showed that in the poor income countries-like Afghanistan, Bangladesh, Pakistan and Nepal-deaths of people that were potentially exposed to disasters were seven times greater than in rich nations. Despite the severity of warnings, South Asian governments remain hopelessly ill-equipped to meet the rising challenges. This was highlighted in the recent UN Climate Change conference COP25.

Table 1: Scenario of destruction due to development in the era of climate change in South Asian countries (Here NA=Not Available)

‘Knock-Knock’, Challenges due to Changing of Climate!

According to the survey results mentioned in the Global Risks Report in 2020, occurrence of extreme weather events like abnormally high temperatures and precipitation (Figure 2), climate action failure and natural disasters are likely to be among the top five global risks over the last three years. While the poor and marginalised communities are the crucial victims of these disasters and the resulting loss of natural resources, our wealthier societies wear scaffolds of fancy lifestyles that prevent them from realising the severe impacts of climate change.

The major challenges that are likely to overwhelm South Asian nations include:

The thermal expansion of the ocean due to absorption of Greenhouse Gases (GHGs), and melting of glaciers due to heat generated from rising global temperature, may raise the global sea level by 2 meters by 2100. According to the National Oceanic and Atmospheric Administration (NOAA), rising sea temperature will cause loss of corals; this will consequently affect marine food chain and induce coastal flooding enough to sink islands. Thus, rising sea level is causing drastic flooding in Bangladesh, Maldives and Sri Lanka.

It is another destructive event that is caused when an inflow into a river exceeds its capacity due to excessive rainfall. This can flood widespread downstream areas of the river, often breaking dams and swamping nearby areas. These catastrophes  severely impact the population of India and Bangladesh, specifically its urban and rural poor.

The glacial ice in Nepal has decreased by more than a quarter since 1977. Research on the potential damage due to glacial floods in Nepal and the Himalayan regions of India was first done in 1985. The ramifications of these events depends on the strength of the natural dam, the structure of the lake and its surroundings. These lakes have a high cultural and social significance to local populations, magnifying the impact of these events.

The rise in global temperatures, which causes heat waves leads to epidemics like heat stroke, dehydration, and heat stress nephropathy. The incidence of these appears to be higher in countries such as Sri Lanka, India and Pakistan. In 2018, a shrinking snowpack due to reduced snowfall in Afghanistan has made it face its worst drought in decades and Pakistan has seen a reduction in its south-west monsoon precipitation levels to zero millimeters (mm) in the last two decades.

The World Water Development Report, 2019 has presented a rise in global water demand by 1% every year since the 1980s. Activities in the name of development such as industrialization, mining, township development and agriculture have caused water stress all over South Asia. According to the World Resource Institute (WRI), India is the 13th most water stressed country in the world. The  Central Ground Water Board has reported groundwater shortage in 70% of districts of India in 2018. 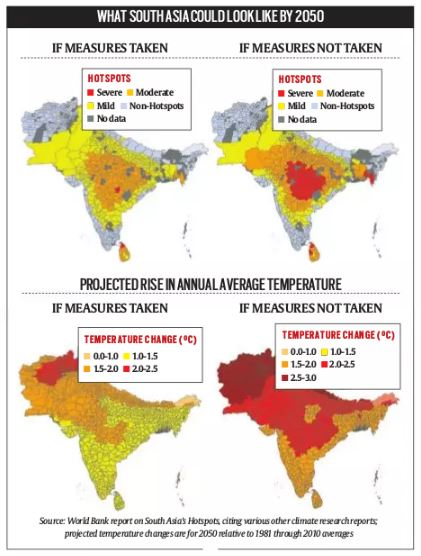 Every Bit of the Climate Action Counts!

The protest led by climate activists like Greta Thunberg, Isra Hirsi, Licypriya Kangujam, Autumn Peltier, Bruno Rodriguez, Helena Gualinga, Mari Copeny, and other young people from every part of our world aims to awaken governments to make a shift from ‘Business As Usual’ to a realisation that the climate crisis is actually happening, it is not a fairytale and thus the concern and action by the world’s governments should be real too. 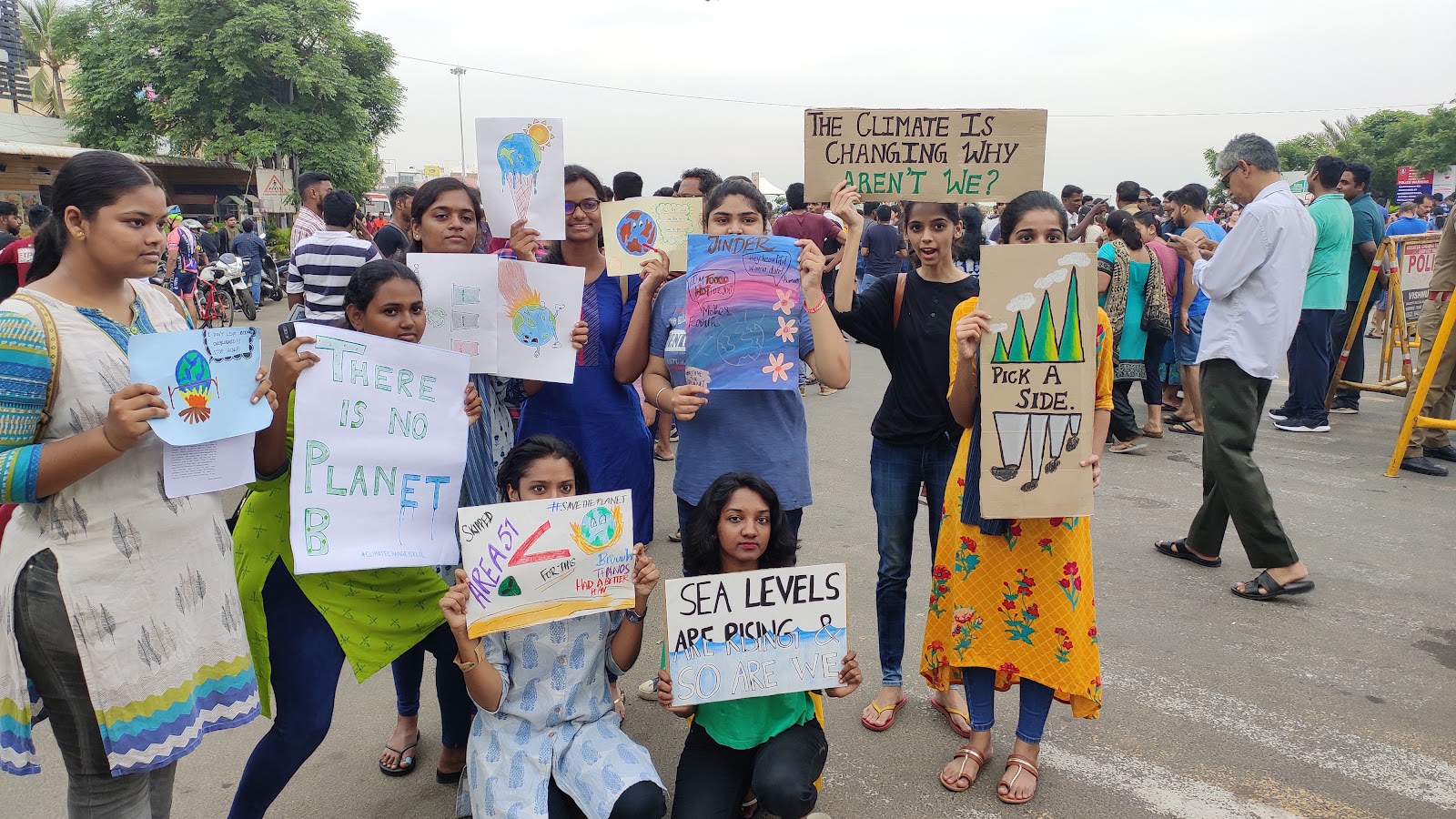 Following are the actions that should be taken up at both local and national levels: